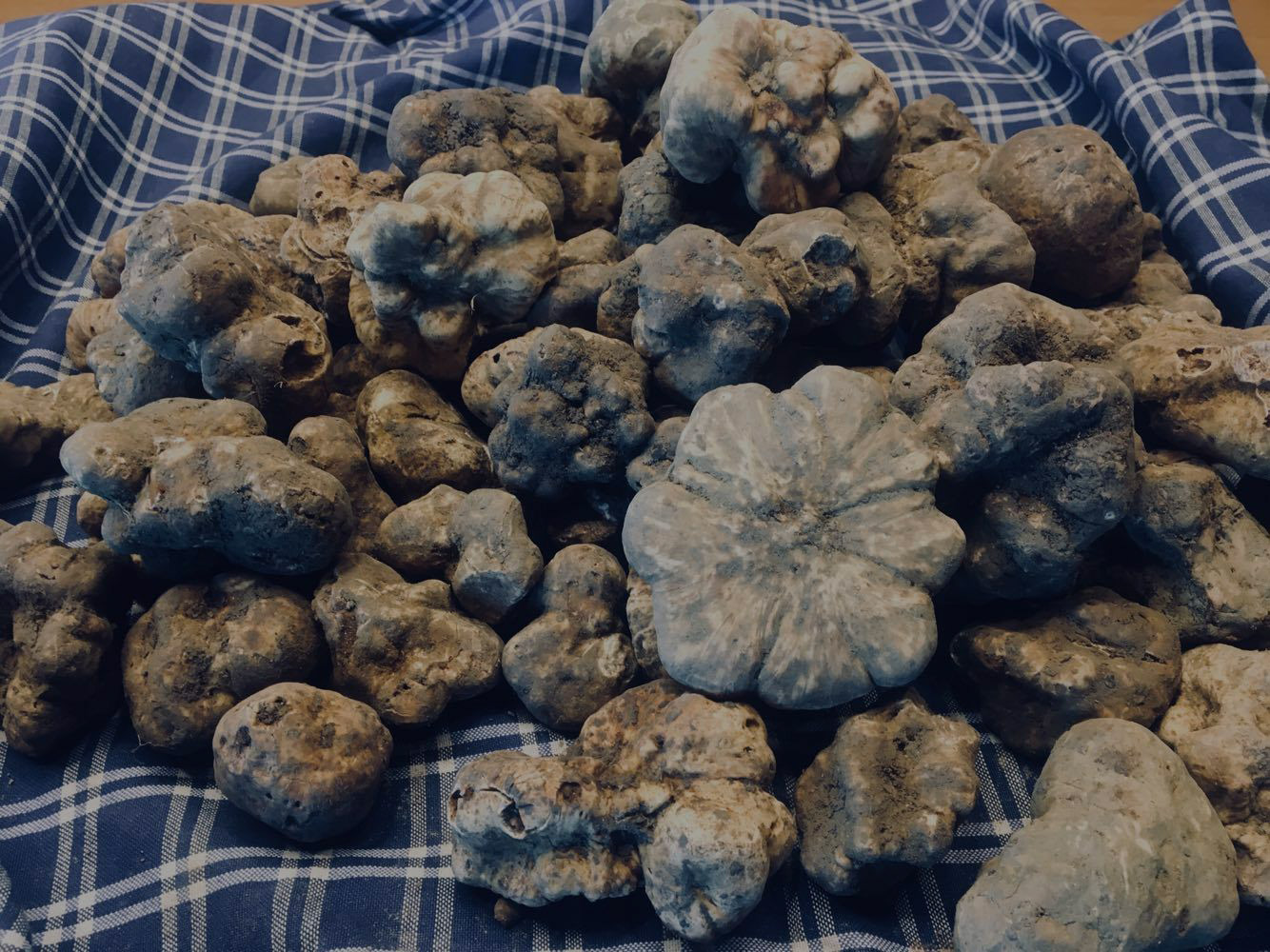 Flavours of individual nodules vary in this with which the trees growing in symbiosis, such as the parasite, which pumps juice from tree roots. Truffle with more persistent odor and a maximum term persistence growing under an oak. More aromatic and bright but under Lipin tree. It grows at a depth of 10 -15 cm, at an altitude of about 600 m. Usually, however, reach the size of a large cherry and apple. They can be found from mid-September until the end of December, and on the areas where TERRENO CALCAREO OPPURE SGRILLOSO CON PRESENZA DI silica. Always grow in the same positions and approximately the same period the previous year. Gatherers and sellers are classified into classes. In the first class are heavy from twenty to one hundred grams, in less than a second and twenty-third in less than ten grams. The most valuable specimens of the so-called “wildcards”, where the buyer purchases only a single truffle. White truffles are usually added to dishes at the end of the preparation, cooking it quite quickly lose flavor. If possible, we consume as much as possible of crude, since it is sufficient to have the pleasure of the cleaned under running water only with a brush, so that the removed soil.

Tuber Magnatum Pico’s most prized Istrian truffles. It has a very intense aroma, and yellowish – brown, greenish or greenish-gray color. Fragrances individual nodules vary in the tree which grows in symbiosis. Usually reaches the size of a large cherry and apple. White truffles are usually added to dishes at the end of the preparation, cooking it quite quickly lose flavor. If possible, we enjoy the most crude. Time accumulation: Accumulate from late summer to early winter (September to January). Where to grow: It grows at a depth of 0 -30 / 40 cm, but can be found at a depth of one meter. It grows in symbiosis with the following trees: oak, white willow, Cypress poplar, white poplar, black poplar, lipovec, pubescent oak, willow.

Aroma and taste: Aroma is quite intense and powerful, slightly spicy, distinctive odor of garlic. Savor him to a majhinih quantities because the only way to bring out the flavor and taste of this type of tartufaČas harvesting from December to the end aprila.Kje grow: grow in a variety of terrains, sandy-muddy sand (as well as terrain in the Litoral clay-calcareo, although they can be found in mostly dry slopes and in the summer. grows in symbiosis with the following trees: pubescent oak, cer / oak, black poplar, white poplar, beech, red and black pine, gray brškin or cysts.